Whistleblowing in Health: An Interview With Mr. Peter Duffy

Whistleblowers are increasingly shining a light on bad practice in healthcare. UK Whistleblower Mr. Peter Duffy tells us why he chose to speak out.
Katy Diggory
Chapters

Until 2016 Mr. Peter Duffy was a Consultant Urological Surgeon working at the Morecambe Bay NHS Trust in England. After witnessing alleged wrongdoing among senior management and clinicians, he blew the whistle to the regulator which had major professional and personal repercussions. In this interview he tells us about his case, why voices like his are so important in healthcare and how health service organisations can benefit from whistleblowing reports. 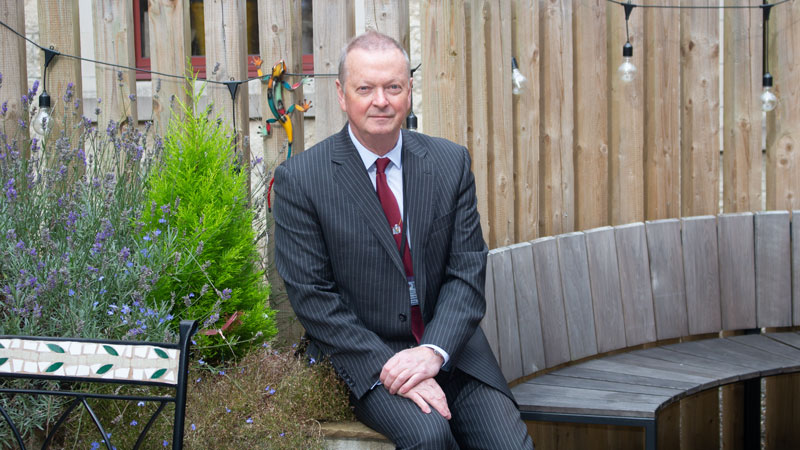 Tell us about your case, Peter. When did you first notice problems at the Trust?

In 2015 we had an avoidable death at Morecambe Bay NHS Trust where I worked as a Consultant Urological Surgeon at the time. Following this the coroner ordered the case be discussed at a Morbidity and Mortality Meeting which is quite standard in medical practice and should have already taken place. But this never happened. Instead, I felt there was a conscious attempt by the Trust to cover up the event and disobey the coroner. This was inexcusable and I reported my concerns to the Trust senior management in a series of emails and then afterwards to the UK health regulator, the Care Quality Commission (CQC).

Why did you finally turn to the CQC?

Of course, I would have preferred for the investigation to be handled internally. But I felt that the Trust itself was intent on covering the matter up. The coroner’s order was also issued directly to me. If I had not reported my concerns outside of the organisation, it would have looked as though I was complicit – and I wasn’t. I also hoped that the CQC would conduct a more flexible investigation and interview other independent witnesses involved in the event so that hopefully I could protect my identity. I knew that if I was isolated and on my own, I would be very easy to pick off.

And this is what happened?

Exactly. Other people who I knew also had concerns and refused to come forward as they were worried about what would happen to them. And as it turns out, their fear was justified. In the 12 months following my report I suffered extensive retaliation. My income was reduced by around £30,000 because suddenly my employer refused to pay my overtime. I was demoted and they tried to rewrite my Terms and Conditions by locating my “base” hospital somewhere else, which would have essentially made my job untenable. In 2016 I resigned and took my employer to an employment tribunal for constructive dismissal.

While all this was going on I was unable to find work anywhere else locally in the NHS (National Health Service) and as a family we were really struggling financially. I actually ended up going to work on the Isle of Man which has a separate healthcare system to the rest of the UK. But my family is still in Lancaster and living apart from them has been really difficult.

The employment tribunal was a horrendous experience. I found that they put the whistleblower on trial, rather than the employer. A common tactic in cases like this is for employers to go “reason shopping”. They go back through your employment record and try to find anything negative to justify their actions. They also employed another common tactic to encourage me to drop the case – that should I lose the tribunal, they would “hit me for costs”. The costs would have totalled £108,000 which I would have been forced to pay personally. I refused to drop the case and finally won for unfair dismissal.

But the verdict did not entirely go your way, did it?

No. Unfortunately the tribunal did not accept that my dismissal was connected to my whistleblowing, despite the pay cut happening the same month that the NHS Trust found out about my whistleblowing. Instead, the Tribunal preferred the NHS version of events; namely that it was all an accident, because – I believe – my witnesses refused to come forward having been warned that the department might be dissolved if the case went badly for the NHS. However, I continued to repeat my concerns over the years and in 2019 an NHS-funded independent inquiry was set up to investigate. In the end, while it rather predictably criticised me as a whistleblower, the inquiry’s retrospective report on the department found in excess of 520 cases of avoidable harm including avoidable deaths within the department. I felt very much vindicated.

Do you have any regrets?

The truth is, I had to speak out. Not only was it the right thing to do both morally and professionally for the bereaved family, but if I had not, I would have been disobeying a coroner’s order and I would have potentially been struck off. I do regret how I did it though. If I were to do it again, I would make much more effort to persuade other witnesses to report their concerns so that I was not left so vulnerable to attack. Also, I regret the fallout for my family which has been absolutely catastrophic.

Why do you feel voices like yours are so important in health?

The world would be a much better place if more people were willing to speak up. My current employer on the Isle of Man, for example, really values the fact that I spoke out on the avoidable death case under my previous employer because they believe that voices like mine can really help to improve their service.

Can you explain this in more detail?

Absolutely. If we take healthcare specifically, hospitals are dangerous places! Modern treatments are incredibly complex and there is a lot of room for error. There is sometimes a tendency for doctors and nurses to close ranks. Now the problem comes when people try to cover up the indefensible. Serious quality issues rather than everyday mistakes. When you see people stubbornly making the same mistakes over and over, and not changing the way they work. That is when people need to speak up because ultimately it is about protecting patients’ lives.

Why are the stakes so high when it comes to whistleblowing in health service organisations?

The NHS is essentially a monopoly employer in UK health so if you are viewed as a “snitch” it is very hard to find any work afterwards. Many health service whistleblowers either end up leaving healthcare altogether or having to find work overseas. The NHS enjoys a special place in people’s hearts – although since Covid-19 that has changed – and it is hard to be the one seen as betraying it. When the truth is, you are not betraying it, you just want to make it better.

There has always been this intense emphasis on reputation management in NHS Trusts. If you are not good enough, you might be taken over by a neighbouring Trust. So if ever there is even a whiff of corruption or wrongdoing, the Trust closes it down and tries to pretend it does not exist rather than investigating properly.

What in your view are the most important factors for a successful reporting system in the health service?

Any reporting system needs to be supported by a strong and transparent culture in the organisation where managers welcome the information whistleblowers provide rather than seeing it as a threat. This would result in fewer witch-hunts where managers attempt to uncover the whistleblower’s identity and move them out. Independence is also important. In each Trust there is a Freedom to Speak up Guardian but this is only one individual who is usually a pre-existing employee of the Trust. Are they really going to challenge the organisation which pays their salary?

What advice would you give any potential whistleblowers out there?

If I made one big mistake it was thinking that I could be one solitary whistleblower and that I would be taken seriously. You need to take as many colleagues as you can along with you. When the pressure builds, you need to plan for many of your supporters to drop out. Be very careful about who you trust and keep meticulous records. Long before you feel there is a danger of constructive dismissal, you should make a copy of any records from your work computer including emails because the first thing that will happen is they will revoke your IT access. I would also recommend recording meetings from the outset.

It is only if you are prepared to take all of these things into account, you should speak up. There is no way back.

Speaking up is hard. If you need support reporting wrongdoing, please read our blog article about how to speak up effectively while protecting yourself in the process. 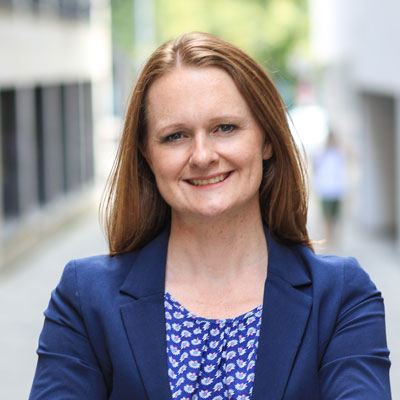 Katy Diggory
Freelance Journalist
Katy Diggory is a Freelance Journalist and Copywriter living in Munich, Germany. She specialises in healthcare, marketing and business growth topics. Katy has previously held leadership roles in political parties and communications agencies. She is bilingual English-German and graduated from University of Bristol with First Class Honours in Political Science and German.
Contact 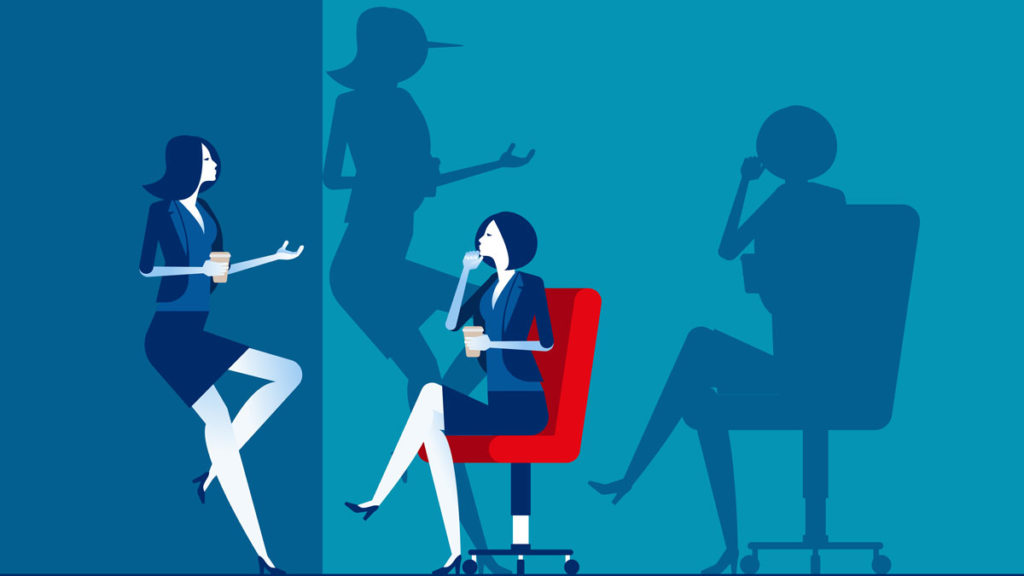 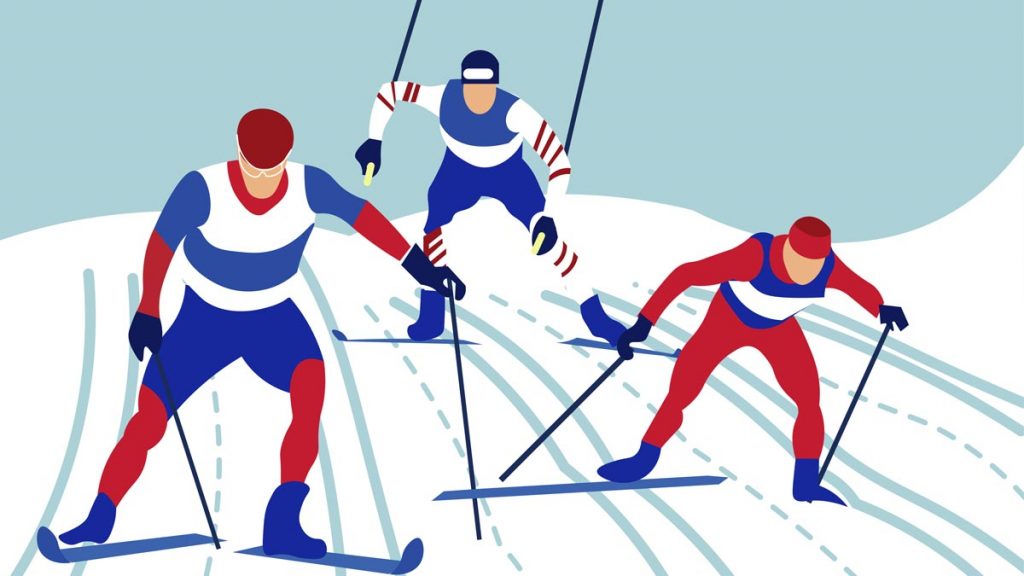 Swiss Sport Integrity: The Guardians of Morals and Ethics in Swiss Sport
Since the beginning of the year, sport in Switzerland has had a new central reporting office – Swiss Sport Integrity. We spoke to Markus Pfisterer, head of its new ethics unit.
Icon-linkedin Icon-xing Icon-twitter Facebook Icon-iconmonstr-instagram-11 Icon-youtube